The City of Santa Ana, Calif. has purchased seven Ford F-550 trucks fueled by propane autogas, Roush CleanTech reports. Each is equipped with 52-usable-gallon propane autogas fuel systems, and will reduce carbon dioxide emissions by about 55,000 pounds over its lifetime, Roush says. 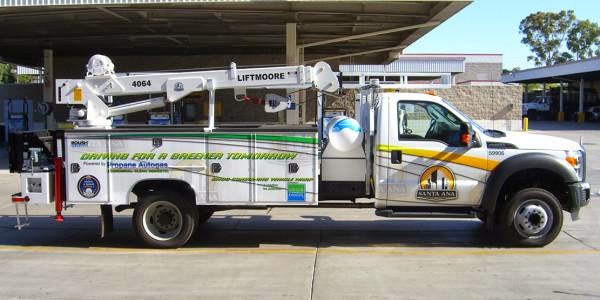 “The fact that we anticipate dramatic fuel and maintenance cost savings is a bonus,” Santa Ana facilities, fleet and central stores manager Rick Longobart says in the Roush announcement.
The trucks have been customized for residential maintenance work in the city’s water and public works sectors, Roush says.

Tens of Thousands of Dollars to Be Saved

Roush notes that Santa Ana has won more than a dozen fleet awards, including “Top Best Fleet” and “Fifth Greenest Fleet” by Government Fleet magazine and the Green California Leadership Award by Green Technology magazine. Longobart secured the “Fleet Manager of the Year” award from the Rocky Mountain Fleet Manager’s Association in 2013. 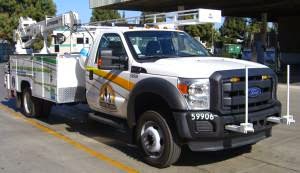 The Ford F-550s for Santa Ana have a 2-usable-gallon propane autogas fuel systems.

“The City of Santa Ana was instrumental in providing feedback during the product development of our first Ford F-550 propane autogas fuel systems,” Roush sales and marketing VP Todd Mouw says in the Santa Ana release.

“Proven environmental leaders, the City will virtually eliminate particulate emissions and save tens of thousands of dollars in fuel and maintenance costs by replacing aging diesel trucks with new propane autogas F-550s,” he said.

According to Longobart, the current cost of propane autogas in the area is $1.50 per gallon.

The city plans to install a 2,000-gallon publicly accessible propane autogas station in a central location. “We really believe in this domestic clean fuel and want other organizations and citizens to use it,” Longobart said.

inShare
Posted by National Ford Truck Club at 9:00 AM