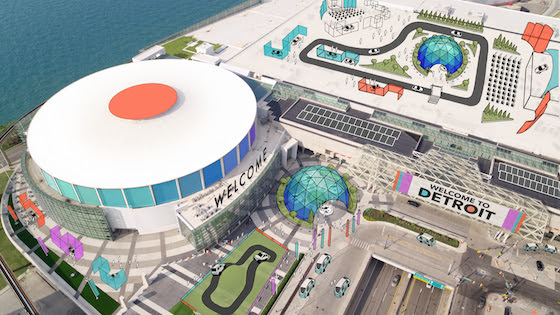 The North American International Auto Show is moving, although not from its physical location in downtown Detroit. Rather, it's moving down the calendar by five months.

While the 2019 NAIAS — also known as the Detroit auto show — will happen in January, the 2020 show will forgo winter and set up shop in and around the Cobo Center in June.

The move will allow one of the country's premiere auto shows to highlight Detroit's downtown assets and present an auto show that resembles an indoor/outdoor festival and dream car cruise. The Detroit Auto Dealers Association, the show organizer, said opportunities for consumer engagement will be endless. Exhibitors will be able to give media members and showgoers the opportunity to actually drive new cars, trucks, SUVs and crossovers in newly designed interactive vehicle displays. Ride and drives, autonomous/automated driving, off-road challenges and more are all on the table.

The 2019 show and schedule will be similar to years past, with Jan. 14-15 being press preview days and the public show running Jan 19-27. The show will then take 17 months off to prepare for the all-new 2020 show. The Detroit auto show has seen a declining number of automakers participating due to timing, cost and audience turnout. Time will tell whether this reinvention will attract the big auto debuts that once were a hallmark of the show before it had to compete with the November Los Angeles Auto Show and the January Consumer Electronics Show in Las Vegas.

Read more from the source: http://news.pickuptrucks.com/2018/07/detroit-auto-show-trades-winter-for-summer.html#more